Well, it just so happens that is possible to do so.

In reality things are not totally random.

Height is a good example of this.

Say we are looking at the heights of cacti.

With the random approach cactus height between 1 - 100 would eventually end up like this:

That's because each number has an equal chance of being picked.

That doesn't really reflect reality as there would be more cacti around the middle or the mean like so: 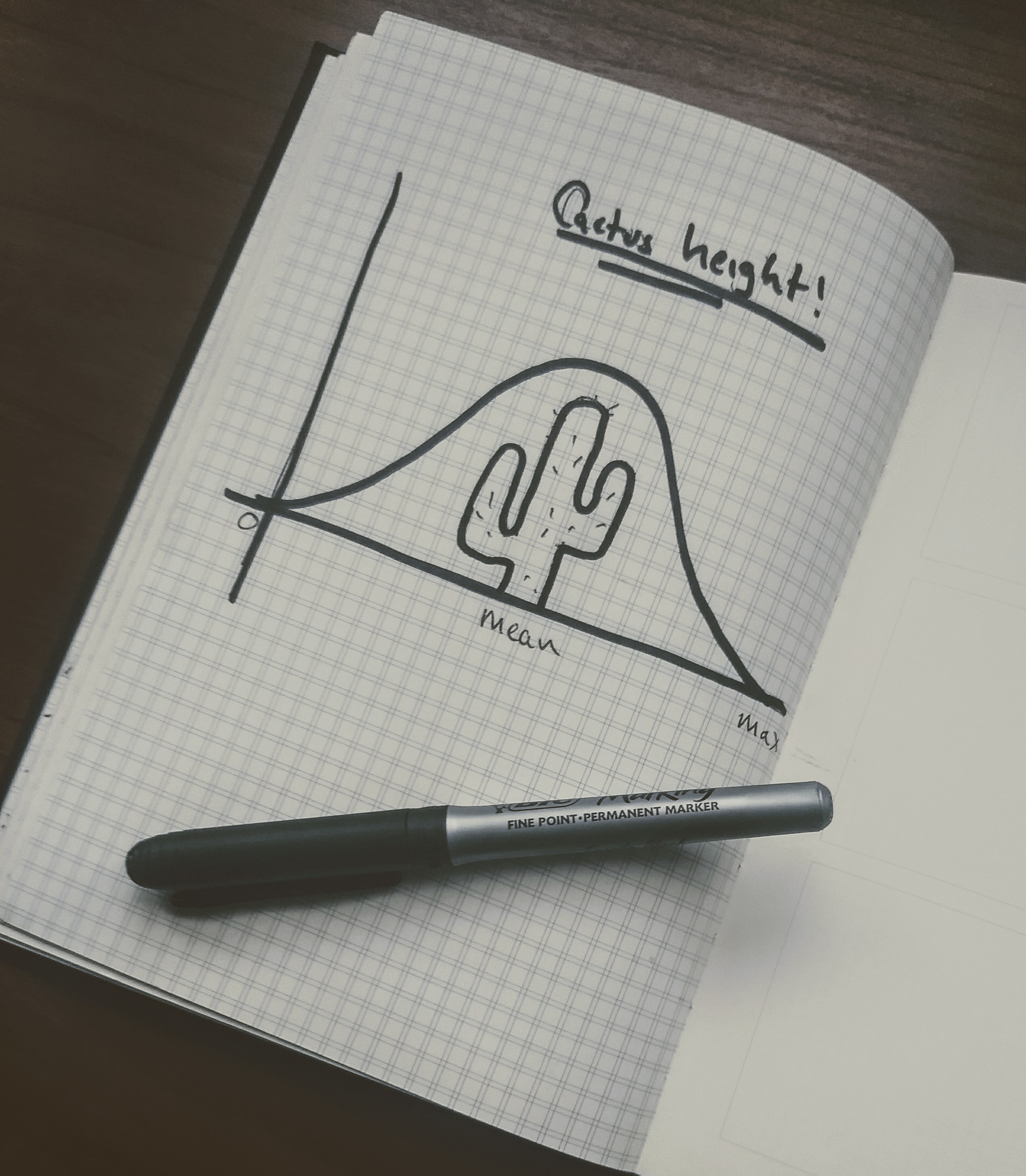 Apparently you can enhance the look of a graph by putting a pen across the page you just drew on.

That's more like it, a lot more around the mean and a few outliers.

This would be an example of a normal distribution, a mean of 50 and a standard deviation of 2.

How does standard deviation look:

Let's apply these ideas to code:

In this example I generated a random sample of 10,000 numbers between 1 - 10 with a mean of 5 and standard deviation of 1. This set is then plotted on a graph. As you can see our chart behaves as expected with most of the numbers hovering around the average of 5 and less around 1 and 10.

I added some comments and references to the code so it's worth checking out if you'd like see how everything works together. You can also open your console ( ctrl + shift + i and click the console tab to see the logs ).

Thanks for reading && happy coding!

Check out Daniel Shiffman's great series on the Nature of Code, this 100 days of learning is a great excuse for me to finally work through the lessons and take some notes as I go.